Leaving Panicale is not easy. It is one of those villages where you feel yourself at home. A last coffee at the bar of the square before leaving and then off to one of the most beautiful stages of la Via del Trasimeno. You cross the historic village and then take a slight climb among the olive trees.

The path continues quiet until you turn sharply right and go into a wood of oaks and chestnut trees, that leads straight up to Paciano.

Also Paciano is one of “I Borghi più belli d’Italia” (the most beautiful villages in Italy) and presents several places of cultural interest and monuments.

A stop at the bar in the square and then leave for Città della Pieve.

The path continues on dirt roads and stays away from other urban centers (there is also a variant that leads to Piegaro), and it tends to rise to Città della Pieve. You always walk immersed in nature, on a restful and open path that inevitably reminds the nearby Tuscany.

A last ascent and you arrive at one of the most beautiful cities of Umbria: Città della Pieve, the city of saffron, red bricks and that gave birth to one of the most famous and influential painters of the fifteenth century, Pietro Vannucci (“Il Perugino”): in the city there are several paintings of Perugino. 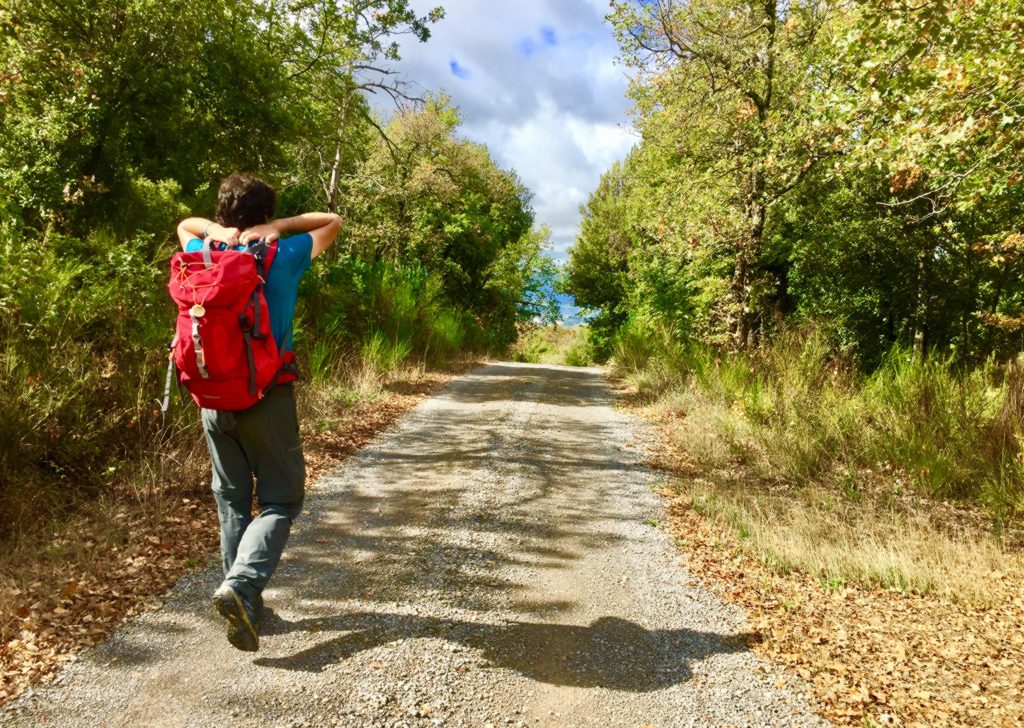 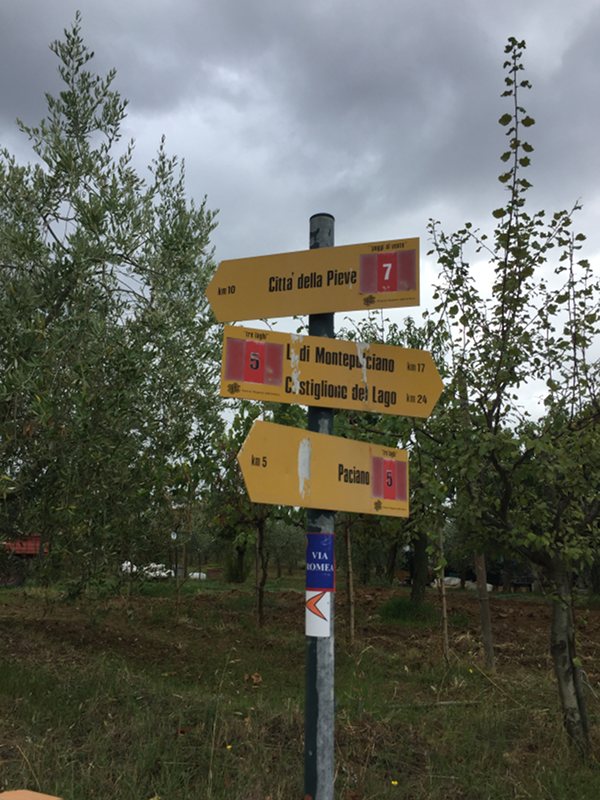 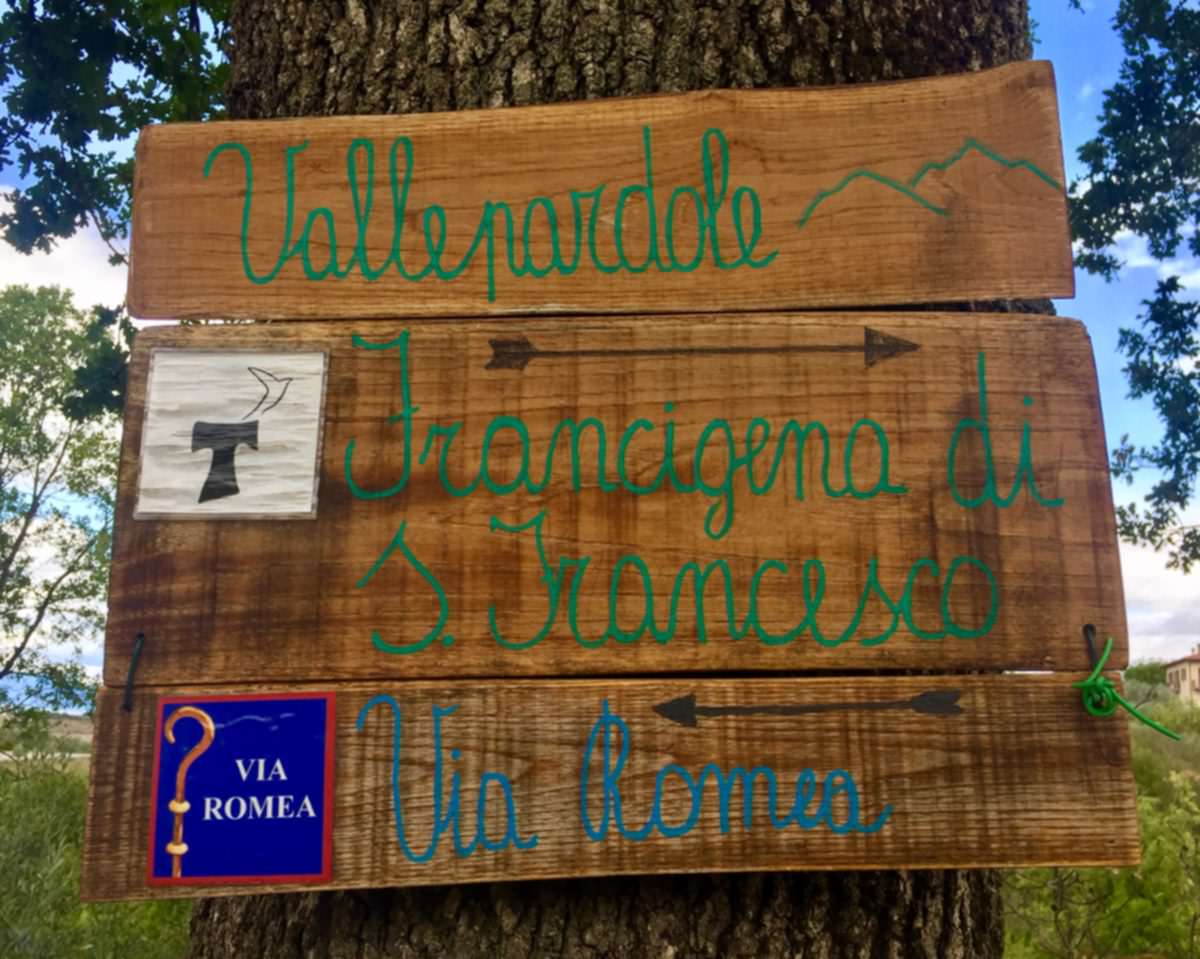 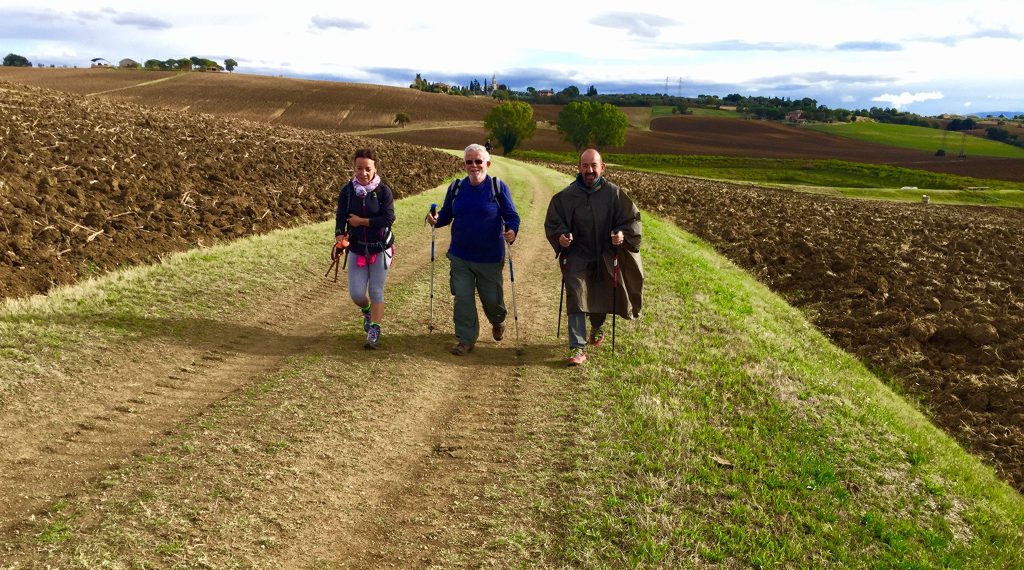 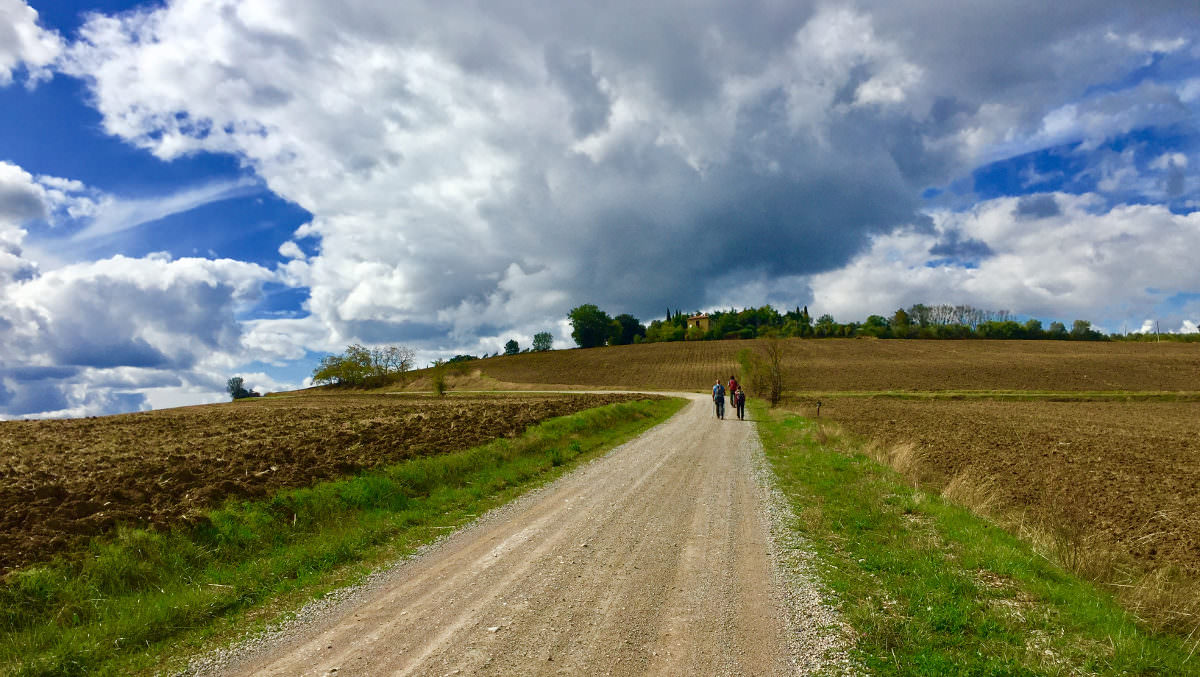